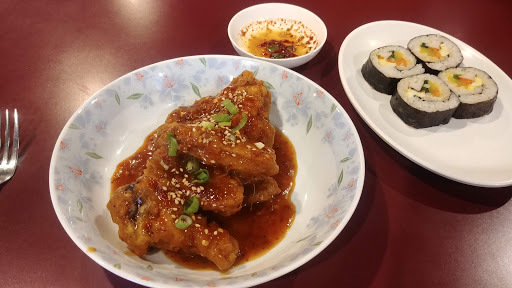 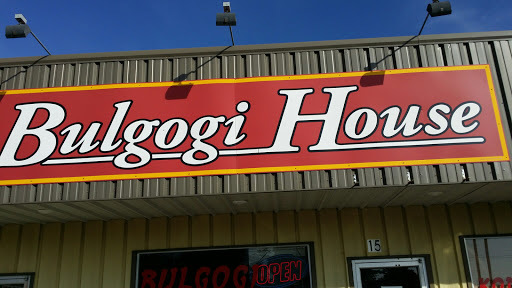 I enjoyed it and the service is professional and friendly.

The store is back to open with dine-in again in June. Super good food.

My friend and I came here almost daily. She's a vegetarian and I only eat chicken. We were told the cheese ramen has no meat in it whatsoever. Everytime we both ate here, we would go home feeling miserable. However, I chucked it up to the dairy in the crab ragoons and the cheese in the ramen because I'm lactose intolerant... but I'll still eat the heck out of cheese 😐Anyway.. we usually use chopsticks, but this last time we used a fork. As we both finished the noodles, I noticed there was meat in the bottom. It looked, and smelled, like ground pork. I asked the girl waiting on us, and she said she it is meat that all comes in a package! We were told they make it the sauce from scratch from the owner.So we haven't been back since. Which sucks! Because we were there at LEAST 2-3 times a week after work.

Forgot my rice, and ice tea had sugar after I requested unsweetened. That say the Bulgogi and kimchee was outstanding. I'll go back making sure to check my order before leaving.

The food and portions are awesome!

Love me some noodles with black bean sauce! Ramen is always a winner for my husband.

Good food. My fav is pork and beef bulgogi among other food 🍲 Nice seat down area.

Classic Korean dishes! The Bulgogi beef is amazing. Great flavor, good portions. Great place to get your out of country fixes. It has a cozy feel and some private seating in the back. Good hometown feel.

Food was awesome, girl was alone. She needed help. Overall I'd go back.

Came for lunch on a weekday. Prices are fairly average for Asian fare in a small town, and there is parking on site. Interior is comfortable and cozy.But the true stand out was the quality and portions of the food. I ordered traditional black bean noodles and a side of yaki mandu. When my food was delivered I was pleasantly surprised to see that they served me a large bowl heaping with delicious noodles and sweet, musky black bean sauce with a fried egg on top. Yaki mandus were excellent quality, and they also served all the complimentary mini side dishes that are commonplace in Korean cuisine.Service was very friendly, but I can tell that this place is a tad short handed on waitstaff. But they worked with great hustle and a great attitude.

We always stop here when we are near Ft Leonard Wood. We love the Pork Bulgogi. Staff is always great and the food is amazing.

The food is always delicious, but the customer service from the young waitress is TERRIBLE!!! We’ve convinced ourselves to overlook her attitude and the delay in orders on multiple occasions. But tonight, I’m done. We called in our order for pickup, and were told it would be ready in 15-20 minutes. It wasn’t ready until 45 min later. Then, when my husband just finally asked for his money back, they magically had the food ready for him. But guess what. The order was wrong. We are home and settled now, so it was our fault for not catching that the order was wrong before leaving. But even if we had, God only knows how long it would have taken for them to make the CORRECT order! We will not be going back. Food is too expensive to go in EXPECTING poor customer service. We’ll stick with Cafe Korea from now on

We went in excited to order chicken teriyaki and beef bulgogi however when we found out they were out of chicken I almost didn't order anything. My husband decided to proceed and we were wonderfully surprised. The food was good and every dish had a distinct flavor. We had beef bulgogi, egg rolls, kimchee, kimchee soup, kimbop, fried rice and it All was good. We will definitely return.

the flavor of the beef was great. the rice was dry though and for the price the portions of the sides were very small.

1 star. The food I actually did receive, an hour after I ordered, was good. But that's the only good thing I can say. I ordered half sweet/half unsweetened tea, received tea so sweet it was undrinkable. Waitress said she would change it out, never did. When my food arrived, it wasn't what I ordered, and was only part of an order. Was told "that's what we have". Went ahead and ate it anyway since I had been there so long. Did not receive a check, so went to the counter to pay, and they charged me for the entire order I originally ordered, although that wasn't what I got. Then told me she gave me a dollar off because of the trouble. The entire experience was absolute craziness! Would not advise going there

One star because the food was good but not worth the horrendous service. We ordered our drinks, appetizers and food at once, after waiting about 15 minutes to be greeted as we sat ourselves. Our drinks had t be refilled by ourself or it would not have happened. One appetizer never came the other came after our food. None of our orders were correct. The waitress said they were slow on the fried rice and then later changed it to they were out of fried rice (but some magically appeared after we were all done eating). Two people at our table didn’t get their food for over an hour and that was only after we said they would leave. Then we asked for our checks and for the appetizer to be taken off that was not brought and the lady was condescending and rude. She told us she took the appetizers off only to find out she charged the two others at the table for them. Awful service and will never eat there again.

Delicious food I love this place!

My party of 4 were trying Korean food for the first time!! We all ordered the lunch beef Bulgogi which came with rice and an assortment of free appetizers such as: pickled radish, cabbage kimchi and some other delicacies. Bulgogi House serves 3 proteins; chicken, beef or pork for a non-discriminatory price of $7. We really enjoyed our experience.

The food here was wonderful. The staff were very friendly and the service was fast. They have a selection of authentic dishes as well as some more well known Korean/Chinese fusion fare. Dinner included side dishes, which were all very tasty as well. I will definitely come again if I am ever in the area.

Food was good. The one server Katie is literally running almost the entire restaurant by herself. I wish all my Soldiers would have her work ethic. Lord help her when she leaves, this place won't survive.

Food was great and so was the service given the fact that there was only one waitress working the entire restaurant. My first choice is Cafe Korea and this place is a close second. I would recommend going before it gets crowded since they are understaffed.

Love the atmosphere. The ladies were very welcoming and made sure we were well taken care of!! The food was excellent!!

Wow! The Bulgogi House is definitely a gem in St. Robert. It is nestled in a run down strip mall right outside the main gate of Fort Leonard-Wood. Don't let the appearance fool you though. As soon as you step inside the door, you enter a warm and inviting place. It almost feels like you're in your Korean friend's mom's kitchen! The front is cozy but there is more seating around the corner. The staff was friendly and chatty...but not too chatty. I ordered the Kim Bop and Jap Chae. The food was delicious and the price was right! Everything was well seasoned and you get a lot for what you pay for! If you're craving Korean food, go here!

The food was great, but don't go if you're on a short lunch break. Pretty slow in the early afternoon, not mad though.

Tasty food but limited options currently. Our take-out orders took 30 minutes due to many concurrent take-out orders. Also skipped utensils and only one rice for 2 orders, likely unintentional. On par cleanliness for the complex. I would repeat.

Delicious food and good service. I love all of the little sides they serve. Always a go to spot.

They would have 5 stars but the card machine is down. Other than that, excellent food. The lady in front is so cute and nice

When I was a teenager I had a good friend from Korea. His mom frequently invited me for traditional Korean meals. I grew to love the many subtle flavors, the perfect blend of sweet and salt that is Korean cuisine. I've tried many Korean restaurants over the years with mixed results. Some good, some not as much. Bulgogi House outside of Fort Leonard Wood, MO is every bit as good as my friend's Mama's cooking. Sorry, Yong. Nobody's a better cook than your mom, but this place is as good.Simple, cozy atmosphere. Extremely warm and friendly folks - all of them. If you love Korean food, this is the place. If you've never tried Korean food but are ready to fall in love with it, this is the place.

Ate here a few times and the food was generally pretty good plus they allowed me to order off menu. Haven’t been in a few months so don’t know about now in reference to some recent reviews but when we went a few months ago everything was just fine, service, taste, correctness and cost.

Food is really good. I saw the owner cutting up fresh foods one day I went in there. Friendly service and quick to bring your food out.

Amazing food!!! Super fresh and for a great price. The bulgogi lunch specials are top notch!!!

This was my first experience with Korean food and I enjoyed it.

This place is a hidden gem! The owner is super friendly and also waited on us tonight. Food came out very quickly and was delicious! Will definitely be back!

Your question has been sent.

Your review has been submitted.

Want to order over the phone?

Thank you for being with us!

We will call you back!